"I'm addicted, I'm dependent. Looking awesome, feeling helpless. And I know I'm raising caine by every highway in Hell. Maybe things won't be so terrible inside this hotel..."
―Angel Dust, in the official "ADDICT" music video

Anthony, more commonly known as Angel Dust, is an adult film star and one of the main characters in Hazbin Hotel.

A spider Sinner Demon who was elected to be the first patient the Happy Hotel attempts to redeem, Angel's selfish actions of using the hotel as a rent-free living space threaten to jeopardize Charlie's dream.

Angel is estimated to stand around 8 feet with his heels on[5]; he has a slender build with fluffy white hair and pink details on his fur, including a pink heart on the back of his head and on his chest with a line going down to his crotch area. He wears notable eye shadow and eyeliner and while both of his irises are pink, his left eye has a dark sclera and no pupil. He also possesses a single golden fang among his sharp teeth, a trait he shares with his boss, Valentino.

One of Angel's most noticeable features is his prominent chest, which often confuses fans and other characters alike regarding his gender. The chest is composed entirely of fur, and the fur that Angel treats as breasts are actually a cluster of his fur pushed up over time due to the tightness of his jacket, as shown in one of Vivziepop's speed draws.

Angel's normal attire consists of a white suit with pink stripes, a black and pink bow tie, a black choker, pink gloves, a black miniskirt and long black thigh high heel boots. These boots are sometimes shown with pink stripes in official artwork, but these stripes do not appear in the show.

Though usually depicted with six limbs, Angel has a third retractable set of arms that he can summon to use at will.

Angel is very sarcastic and sassy and has no problem with being reckless at the expense of others. He's known to be a bit of a prankster, switching between playful and easily destructive as he pleases. His humor tends to be crude or crass, with an emphasis on dirty jokes. Angel's attitude can be considered blunt, yet with a sense of style, always carrying a flirtatious and confident persona everywhere he goes. He's also shown to be a bit narcissistic, as Angel believes most of the demons in Hell are ugly freaks and says his body is flawless.

However, that persona can be knocked when Angel is either dealing with his boss or when his looks are insulted. He avoids holding emotional relationships with others and tends to be a loose cannon with most of the other cast.

However, deep down, Angel actually does have a caring side for the people he cares about. During the turf war, he quickly pushed Cherri out of the way when an egg boi was about to shoot them both with a gun. Then when he noticed his teasing about the hotel’s lack of people was upsetting Charlie, he stopped laughing and tried to comfort her, but then he ultimately decided to leave her alone. 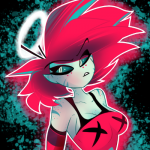 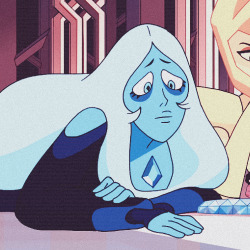 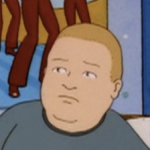