View source
watch 01:25
Jurassic World: Dominion Dominates Fandom Wikis - The Loop
Do you like this video?
Play Sound
Upcoming content
This article is on a project or subject that is set to be released in the future. To prevent speculation, please only add information with a valid source for it.

The pilot episode, "That's Entertainment", was released on October 28, 2019 on Vivienne's official YouTube channel. It was co-written by Vivienne Medrano, Dave Capdevielle, Daniel Macdonald, and Raymond Hernandez, with music scored by Gooseworx, The Living Tombstone, and songs written by Parry Gripp.

On August 7, 2020, it was announced that Hazbin Hotel had officially been picked up by independent entertainment production company, A24, and would be "coming soon to TV".[3]

It was announced as co-written by Vivienne Medrano and Adam Neylan, with music scored by Sam Haft, with further creative collaborators to be announced.

The series focuses on Charlie Morningstar, the Princess of Hell, and her goal to open a hotel to help rehabilitate sinners, with the aim of teaching them to be better people, have them redeemed and able to enter heaven.

Charlie, who has grown up in Hell, wishes to find an alternate solution to the mass slaughter, so she opens the Happy Hotel, utilizing an old family property.

There is substantial resistance to the concept by Hell's population however, as well as doubt that the concept is even possible; to solve this, Charlie and her friends must work together to keep the hotel running and prove everyone wrong.

"Follow Charlie, the princess of Hell, as she pursues her seemingly impossible goal of rehabilitating demons to peacefully reduce overpopulation in her kingdom.

After a yearly extermination imposed by angels, she opens a hotel in hopes that patients will be "checking out" into Heaven.
While most of Hell mocks her goal, her devoted partner Vaggie, and their first guest, adult film-star Angel Dust, stick by her side.
When a powerful entity known as the "Radio Demon" reaches out to Charlie to assist in her endeavors, her crazy dream is given a chance to become a reality".

"In attempt to find a non-violent alternative for reducing Hell's overpopulation, the daughter of Lucifer opens a rehabilitation hotel that offers a group of misfit demons a chance at redemption".[4] 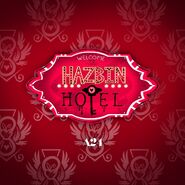 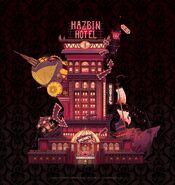 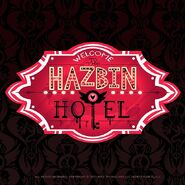 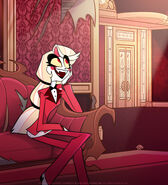 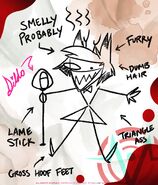 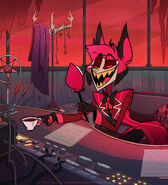 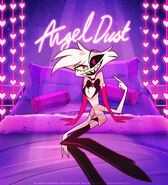 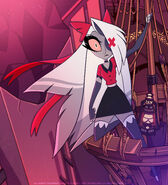