View source
Welcome to the
Hazbin

Welcome! We're a collaborative encyclopedia on anything related to Hazbin Hotel and Helluva Boss that anyone can edit! Feel free to add information as long as you are logged in. BEWARE! As Hazbin Hotel is an adult cartoon, this wiki contains material not suited for children. If you're under the age requirement, please click away immediately.

This wiki has 454 articles, 4,416 images, and 73 active users. Please be sure to visit the rules and regulations via the link below!

Please note the wiki focuses on accurate lore. All headcanons, non-canon information, baseless claims, and theories are prohibited and will be deleted. However, speculation that can be backed by evidence will still be allowed. See the canonicity guidelines here for more info.

Hazbin Hotel is an adult animated comedy series focusing on Charlie, the princess of Hell, opening a hotel for demons and the damned in an attempt to reform them. The creator of the series is Vivienne "Vivziepop" Medrano.

Hazbin Hotel is the story of Charlie, the princess of Hell, as she pursues her seemingly impossible goal of rehabilitating demons to peacefully reduce overpopulation in her kingdom. She opens a hotel in hopes that patients will be "checking out" into Heaven. While most of Hell mocks her goal, her devoted partner Vaggie, and their first test subject, adult film-star Angel Dust, stick by her side. When a powerful entity known as the "Radio Demon" reaches out to Charlie to assist in her endeavors, her crazy dream is given a chance to become a reality.

Helluva Boss, a YouTube spin-off to the series, exists in the same franchise and universe.

Follow Blitzo as he attempts to run a start-up killing company in a very competitive market, along with his weapons specialist, Moxxie, his powerhouse, Millie, and his receptionist Hellhound, Loona. With the help of an ancient book obtained by one of the princes of Hell, Stolas, they manage to make their work possible and together they attempt to survive each other while trying to keep their business afloat. 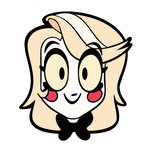 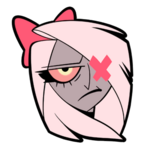 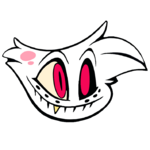 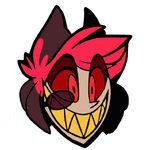 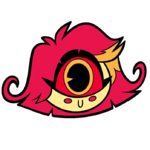 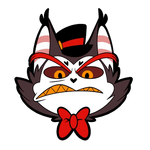 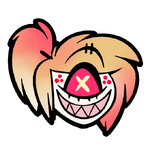 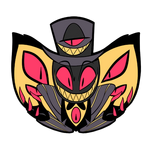 Hazbin Hotel belongs to Vivienne Medrano and associated, this wiki is a non-affiliated fansite for archival and information purposes only.
Social
Twitter